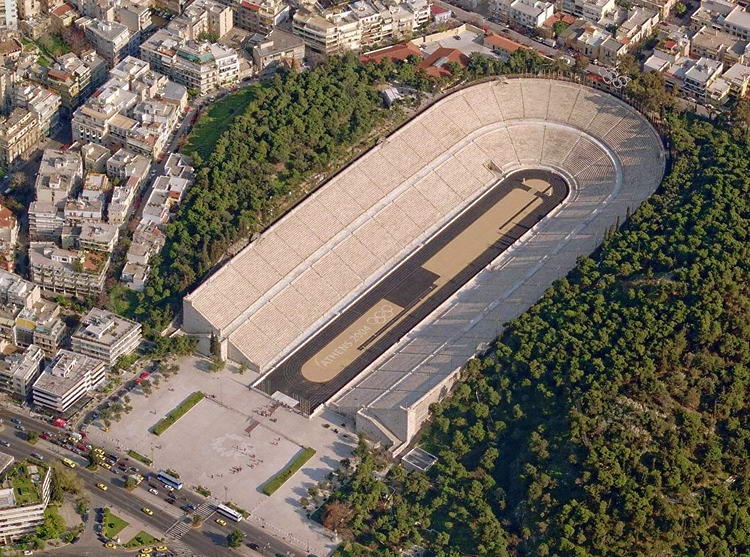 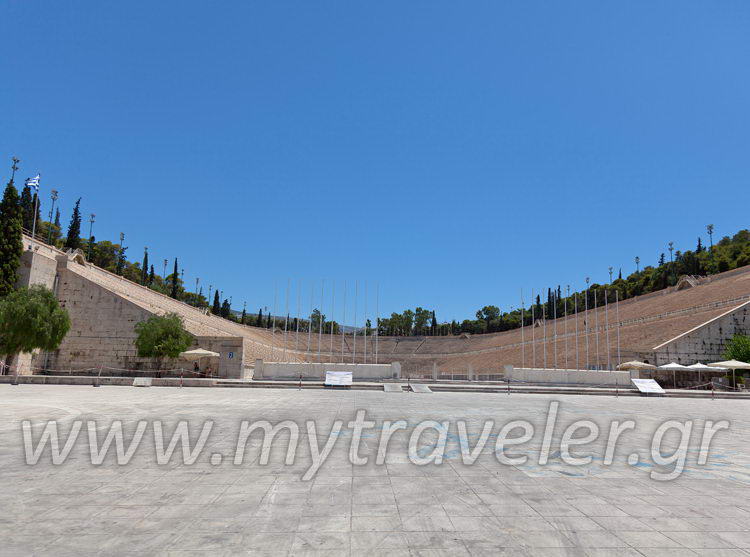 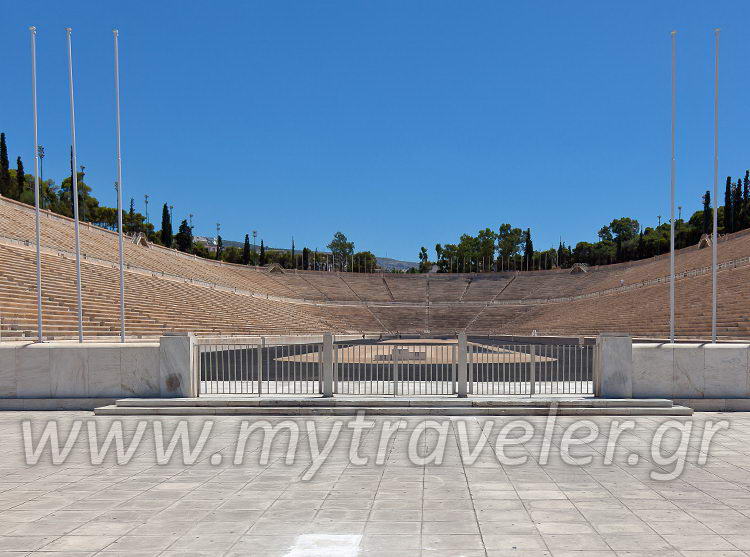 It was originally a natural hollow part of the ground between the two hills of Agra and Ardettos, over Ilissos river. It was transformed into a stadium by Lykourgos in 330-329 BC for the athletic competitions of the Great Panathinaea Festivities. Between 140 and 144 AD, Herodes Atticus restored the Stadium, giving it the form that was found at the 1870 excavation: the horseshoe construction with a track 204,07 meters long and 33,35 meters wide. It is believed that the Stadium had a seating capacity of 50.000 people. Separating scales were built between the tiers and on the base of the sphendone there was a portico with Doric-style columns; another portico was placed in the stadium's facade. Herodes possibly restored also the Ilissos river bridge on the Stadium's entrance, making it larger and adding three archways on its base. The bridge was standing there up to 1778 and a part of it was excavated in 1958. At the Roman times, the Stadium was used as an arena, with the addition of a semi-circular wall on the north that was corresponding to the sphendone of the southern side.