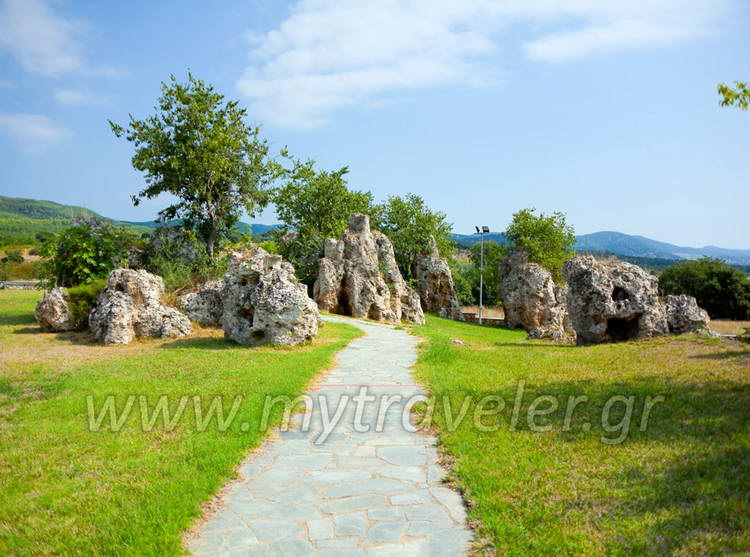 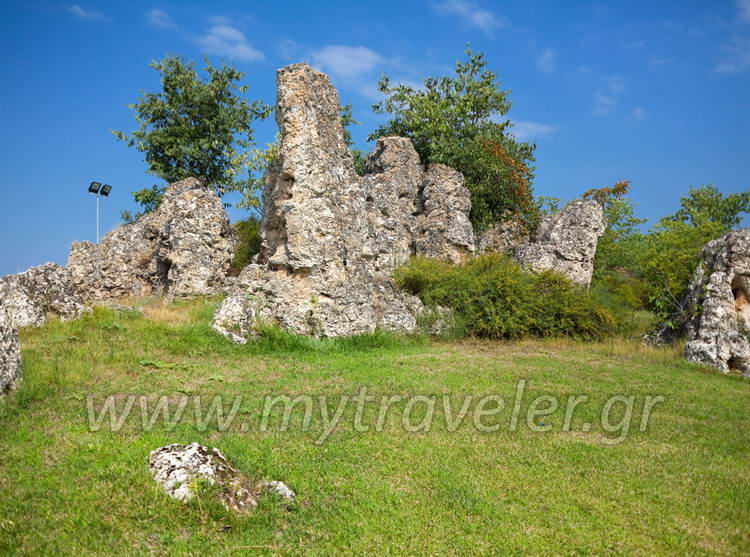 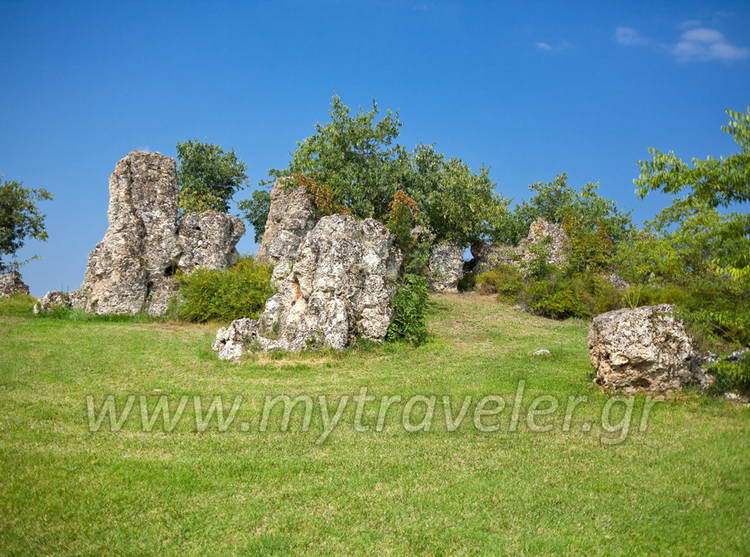 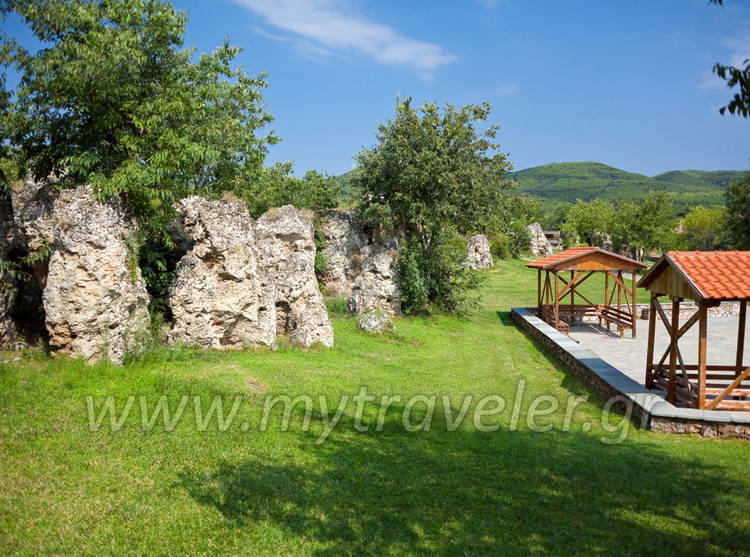 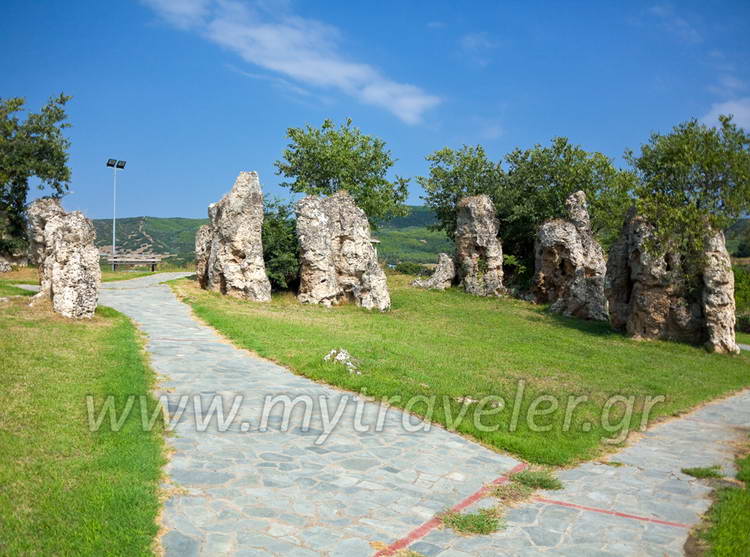 Outside of village Nimfopetra there is the unusual geological formation declared by a nature sanctuary. It is impressing group of calcareous rocks in height to 3 metres which origin is rich with myths.

So, according to one of versions of local myths, Nimfopetres, it is group of hunters which, hunting, has come across group of the wood nymphs bathing in crystal waters of a source. Men's have stopped to admire, but goddess Artemis has noticed their and enraged by their disrespect, has transformed them into stones.

According to another version of a local myth, stones have occurred from the wedding procession, accompanying the future spouses to the church. Eventually, the bride has found out that they have forgotten to take from the house the wedding rings for ceremony, and furious mother has damned pair and striding which have hardened on a place.

However the scientific explanation of a phenomenon of rocky formations rather interesting and is result of the big geological activity in area during geological evolution, and substratum adjournment. The formed rocks concerns sedimentary breeds which are formed as a result of adjournment of the deposits dissolved in the liquid environment and their subsequent connection.