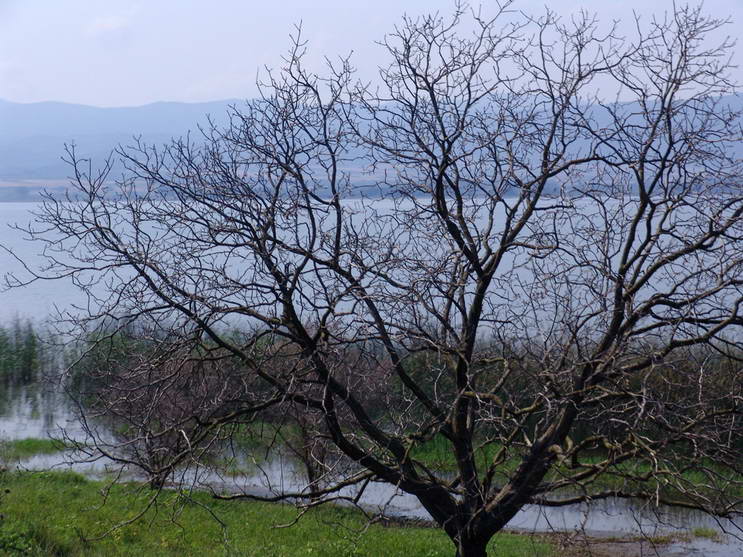 Lake Koronia, also Lake Koroneia is a lake in the heart of the prefecture of Thessaloniki in the basin of Mygdonia in the Lagkada province. The lake is also known as Agios Vasileios from an homynous village or Lake Lagkada. It is located a few kilometres east of downtown Thessaloniki and in the north side is the Via Egnatia and the south is the old highway.

A million years ago, Lake Koronia along with Lake Volvi and all of the Mygdonian basin was a large lake. From that time, the extension of the lake is shrinking and almost disappearing into a plain and from the distance from neighboring Lake Volvi is getting larger. In the 1950s, Koronia was one of the lakes in Greece in the most production of fishing. In the 1970s, the size was 45,000 ha and had the depth of about 5 metres. In the beginning of the 2000s, the lake was 10,000 ha and the depth was about 0.5 to 1 metre. In the summer of 2002, the lake was very dry.
Published by: MyTraveler
Add to favorite