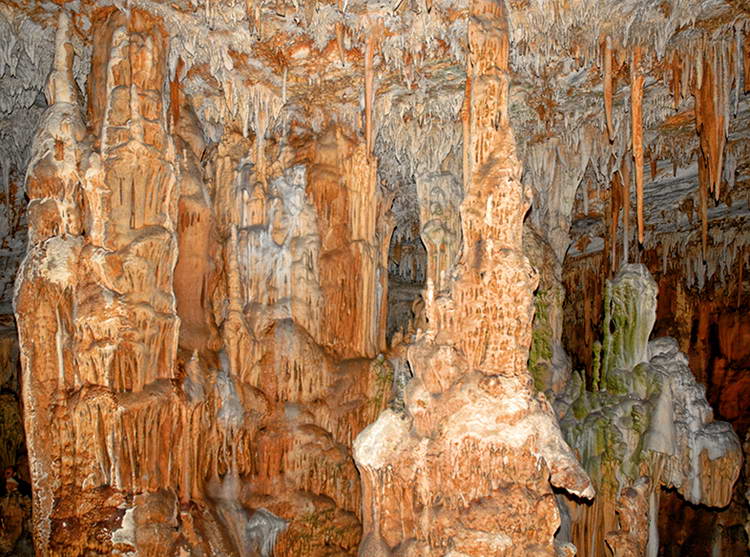 A… goat is considered to be responsible for the discovery of Koutouki Cave. She took a 38 meters fall, from the entrance of the pit to the cave's floor and a shepherd climbed down holding to a rope to rescue her. He was the one to first see the marvelous decorations of the cave.


The first "official" report on Koutouki was written in 1928, by Dimitris Chatzopoulos, a known journalist and nature lover of that time. In his article in "Ellinikos Tachidromos" he described his decent in the cave. In 1933 members of EOS Athinon visit it.


Later members of the Hellenic Speleological Society fully explore and survey the entire cave. Soon after, Anna Petrochilou conducts the study for the touristic exploitation of Koutouki.


It is the second cave in Greece that opened for the public, back in 1963. Situated on the east side of Hemmetous Mountain, it is only 4 kilometers away from Peania. It has one very large chamber divided by astonishing speleothems into many smaller areas.


Unfortunately, the negligence of the authorities responsible for managing the cave, resulted in the severe deterioration of its fragile environment. The insufficient and unsuitable lights, were the source of many problems. Yet the cave remains an impressive and worthwhile spectacle.

Popular
Churches and Monasteries in 3.1km.