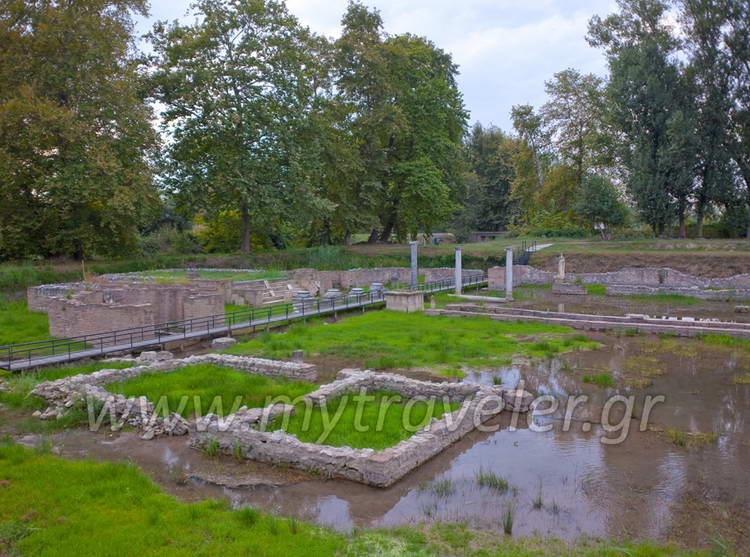 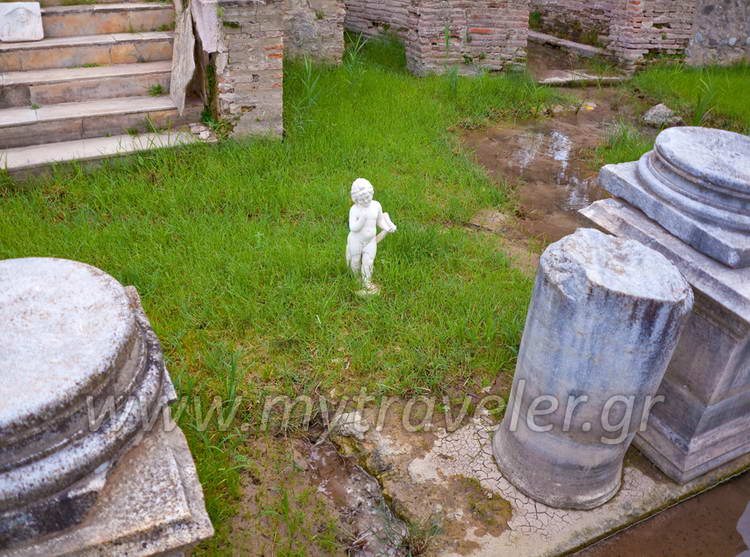 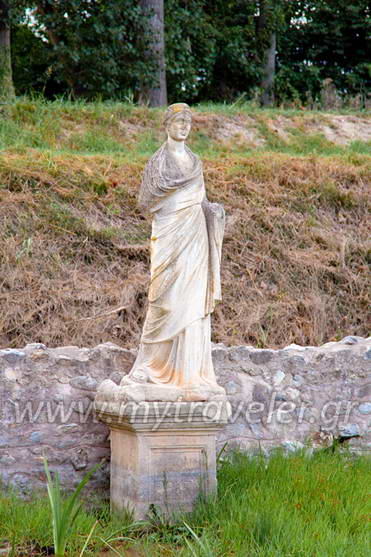 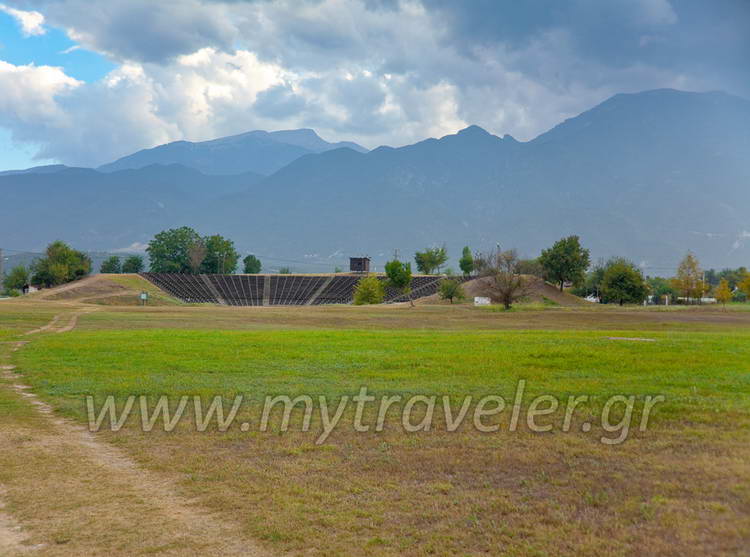 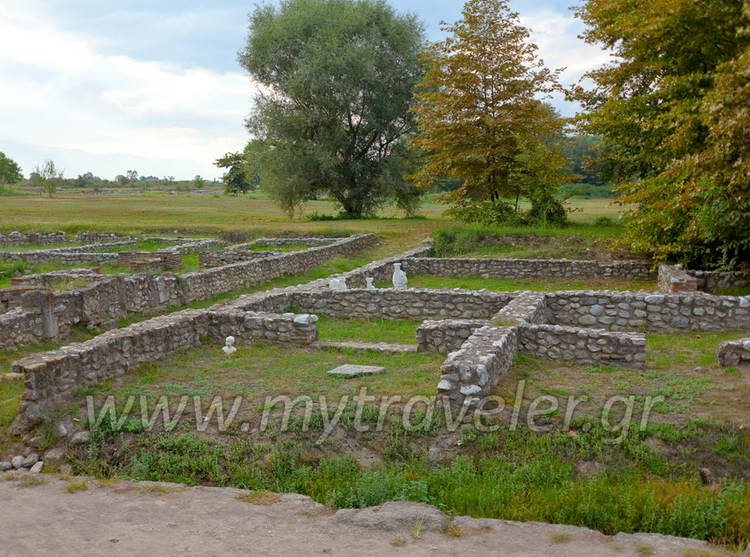 The excavation of the area commenced in 1982 and is continued at present by the University of Thessaloniki. It has brought to light a fortified city, surrounded by cult areas, that was inhabited continuously from the Classical period to Early Christian times. Buildings of various periods have been discovered in a series of different levels. Private residences, public buildings, shops, and a large number of workshops are erected in building blocks defined by the streets. On the south edge of the ancient city are the public baths (thermae), an imposing complex covering an area of over 4,000 square metres and dating from about A.D. 200.


The regular shape (square) of the city was no doubt dictated by the flat plain in which it stands, but it is quite likely that, as has been suggested, both the town-plan and the fortifications of Dion called upon the experience gained by the city-builders of the time from the new cities founded by Alexander and his successors in the lands of Asia.


In the east sector has been discovered the villa of Dionysus, which takes its name from the large mosaic depicting the god that covers the floor of the banqueting room. The sanctuaries of the gods, two theatres (one Greek and one Roman) and the stadium have been discovered outside the city walls. Amongst the gods worshipped at Dion, the most important was Olympian Zeus, after whom the city was named (the genitive of "Zeus" being Dios). In the god's precinct have been found stone stelae bearing inscriptions relating to treaties of alliance, the settlement of border disputes, parts of official decrees, etc. The sanctuary of Demeter, just outside the walls and the gate at the end of the main street of the city, is the earliest Macedonian sanctuary known to date. It had an uninterrupted life from the late 6th c. B.C. to the early 4th c. A.D. To the east of the sanctuary of Demeter has been discovered a sanctuary devoted to the cult of the Egyptian gods Sarapis, Isis and Anubis. There is a small temple of Aphrodite Hypolympidia (Aphrodite worshipped below Mount Olympus) in this same sanctuary.


The Hellenistic theatre of Dion, which lies outside the walls, was built in the reign of Philip V (221-179 B.C.). The Roman theatre, dating from the 2nd c. A.D., has been identified south-east of the Hellenistic structure. The cemetery of Dion extents mainly to the south and east of the city. The funerary monuments date from the 5th c. B.C. to the 5th c. A.D. During Early Christian times the city contracted and the central area was occupied by an Early Christian Basilica dating from the late 4th c. A.D. Dion appears to have been abandoned during the 5th c. A.D. as a result of natural disasters (earthquakes, floods), its inhabitants moving to safer areas in the foothills of Mount Olympus.

The museum opened in 1983 in a newly-constructed two-storey building. It displays finds mainly from the Dion area, but also from Olympus and the wider area of Pieria (on the first floor).