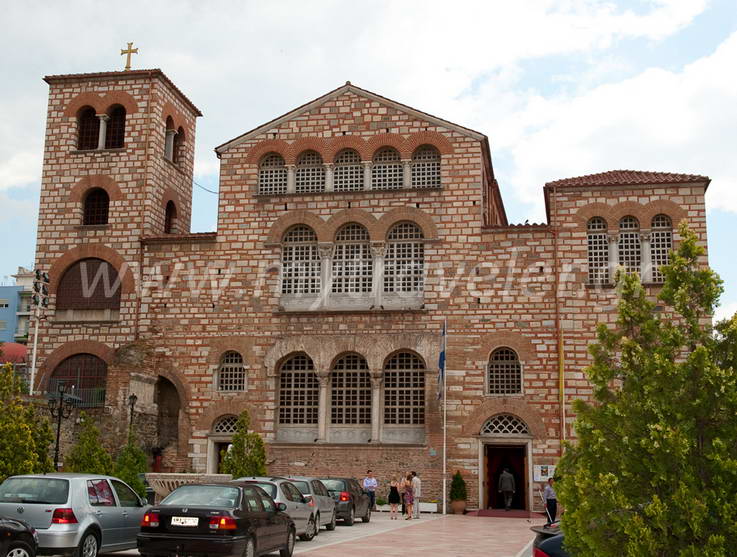 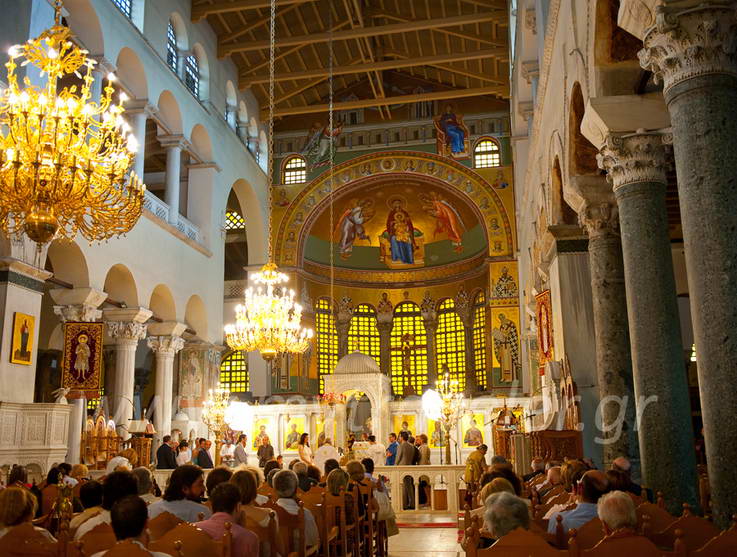 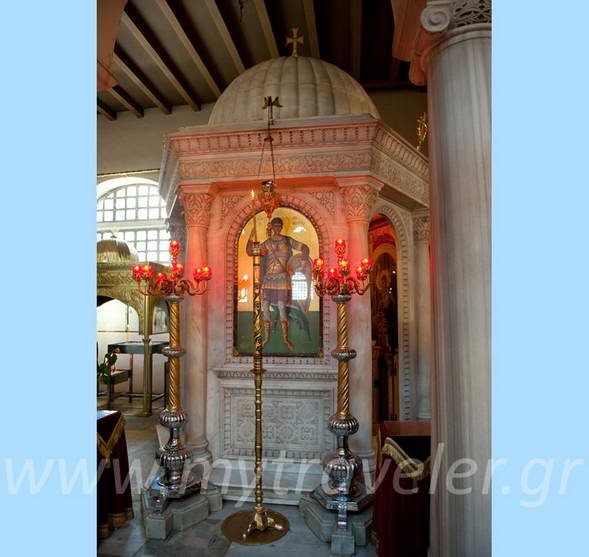 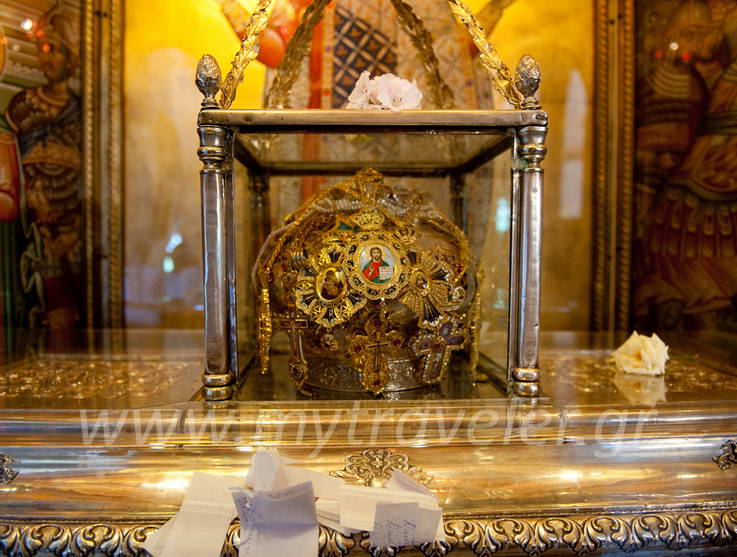 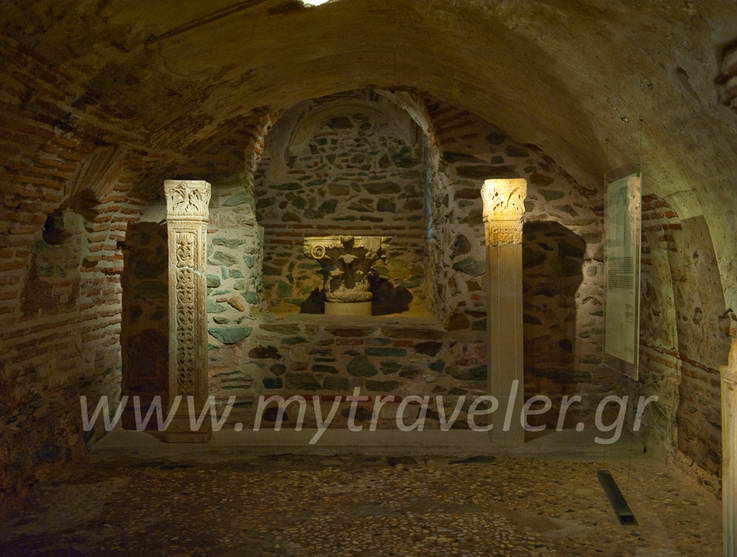 The monument is a five-aisled basilica, with a narthex and a transept. Under the sanctuary and the transept there is the crypt. A chapel of Saint Euthymios is attached to the south-east corner of the church. Very few fragments of the sculptural and pictorial (mosaics, wall paintings) decoration of the church, survived the disastrous fire of 1917 but they are representative of the successive phases of the monument's history.


The first church was a small oratory, built shortly after 313 A.D. on the ruins of a Roman bath. In the 5th century A.D., the eparch Leontios founded on the same site a large, three-aisled basilica which was burnt down in 626-634. Shortly thereafter, the five-aisled basilica was erected. It was converted into a mosque in 1493, it was restored to Christian worship in 1912 but it was again destroyed in the great fire of 1917. It was rebuilt and started to function again in 1949.


During the restoration of the monument after the fire of 1917, several trenches were opened in the naos and the crypt. Systematic excavations were carried out in 1946-49.


In the crypt of Aghios Demetrios, an exhibition is on display to the public. It includes the items that survived the fire of 1917 and those that were brought to light by the recent excavations in the monument.

Church of the Panagia Ahiropiitos