Cave Of The Lakes 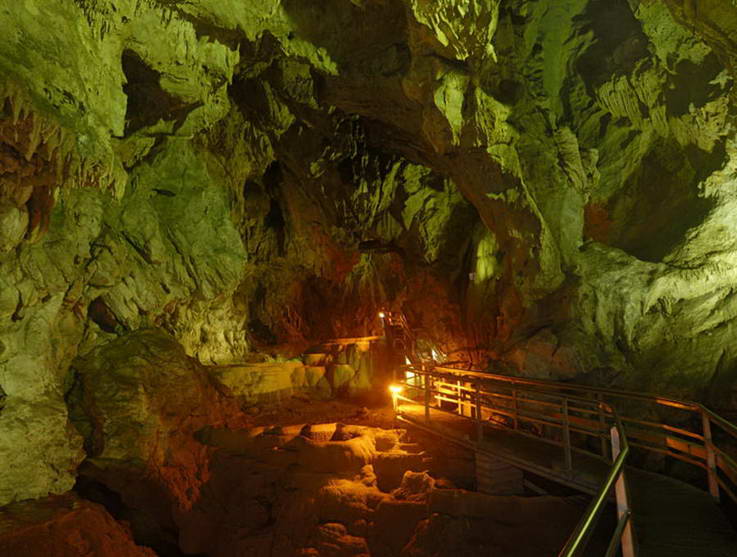 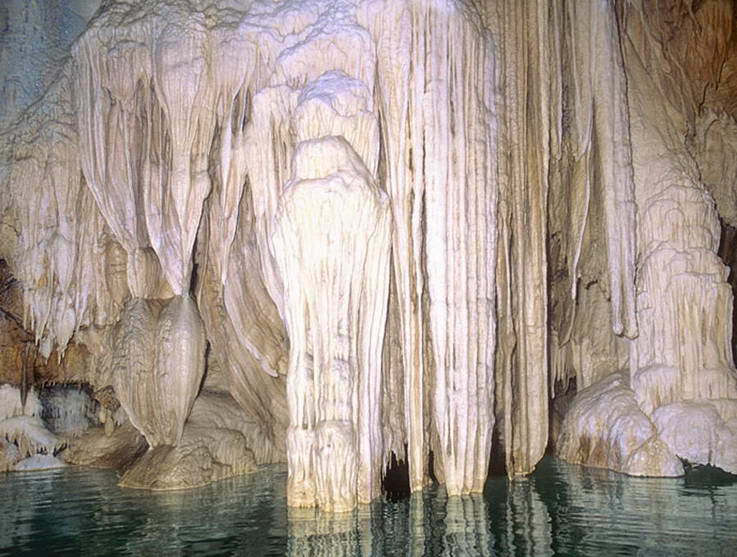 Near the village of Kastria, in the prefecture of Achaia and 16.5 km from Kalavryta, is the famed "Cave of the Lakes".

This wondrous creation of nature features labyrinthine passages, mysterious galleries and strange stalactite formations. However, the "Cave of the Lakes" also possesses something unique: 13 successive lakes in tiers on three levels, making it the only one of its type in the world. The exploited length of the cave amounts to 500 metres, while the total length of the cave is 1980 metres.


Visitors enter the cave through an artificial tunnel leading directly to the second level of the cave, whose vastness is awe-inspiring. Small raised bridges are used to cross the lakes, while fossilized bones of humans and various other animals, including a hippopotamus, have been found in the lower level of the cave. This section is intended to be a biospeleological laboratory of international scope.


The myth tells of how Lysippe, Iphinoe and Iphianassa, the daughters of Proetus, king of Tiryns, boasted that they were more beautiful than the goddess Hera and neglected the worship of Dionysus. Zeus' companion Hera did not forgive this arrogance and drove them mad. Believing they were heifers, they roamed the mountains and valleys of the Peloponnese spreading a mania for infanticide among the women of Argolida. Eventually they reached the cave of Aroaneion, where they were found by Melampus and cured.


In 1964, residents of Kastria climbed up to the second level for the first time, using wooden ladders on a 9-metre high platform. The exploration was undertaken by the Hellenic Mountaineering Association (E.O.S.) with professor I. Melenti and charting was undertaken by the Hellenic Speleological Society (E.S.E) with the speleologist A. Petrocheilou.

Exploitation of the cave was begun in 1981 by the Greek National Tourist Organization and in1985 was granted to the Community of Kastria, which is responsible for its operation.

Booking.com
More hotels near Cave Of The Lakes

Virgin Mary of the rocks or Panagia ton Vrahon