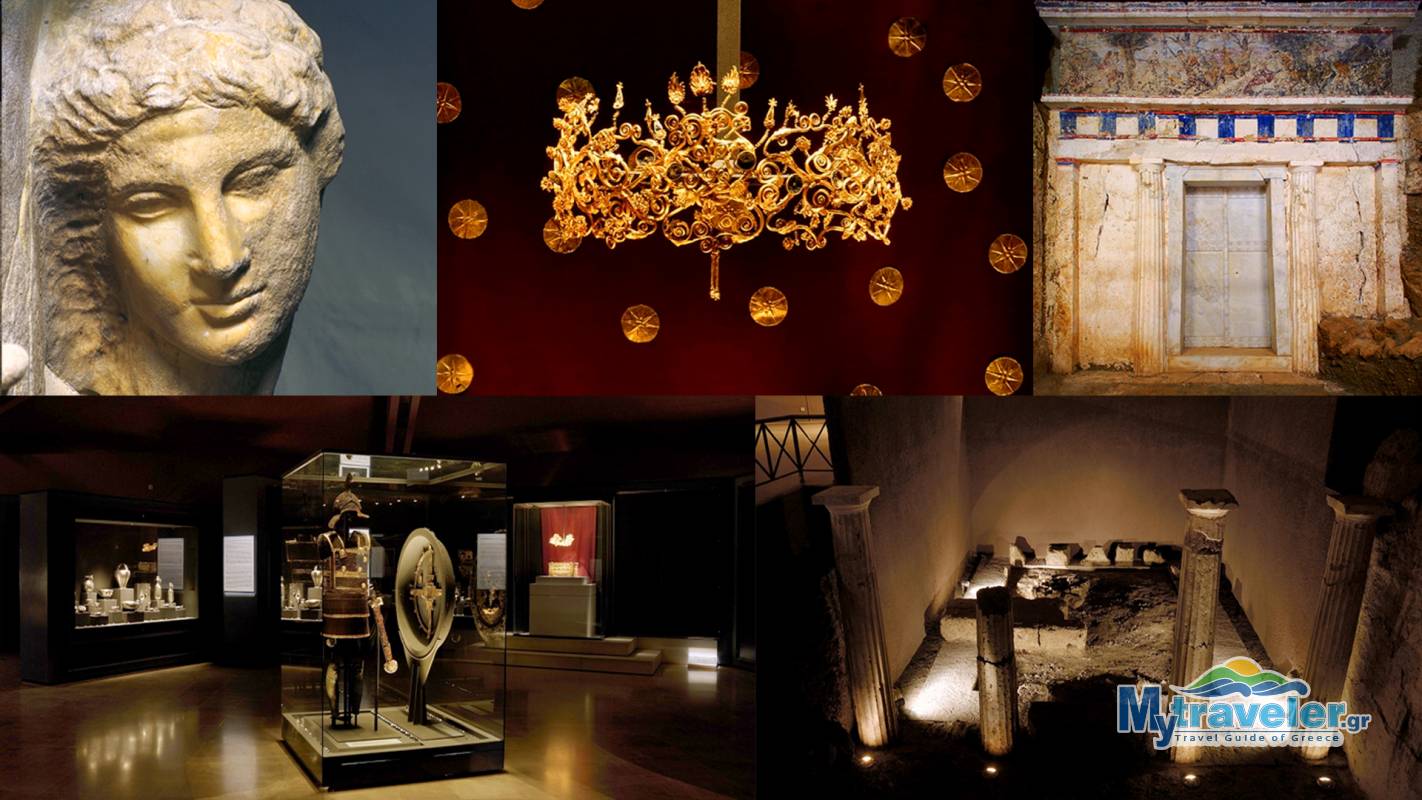 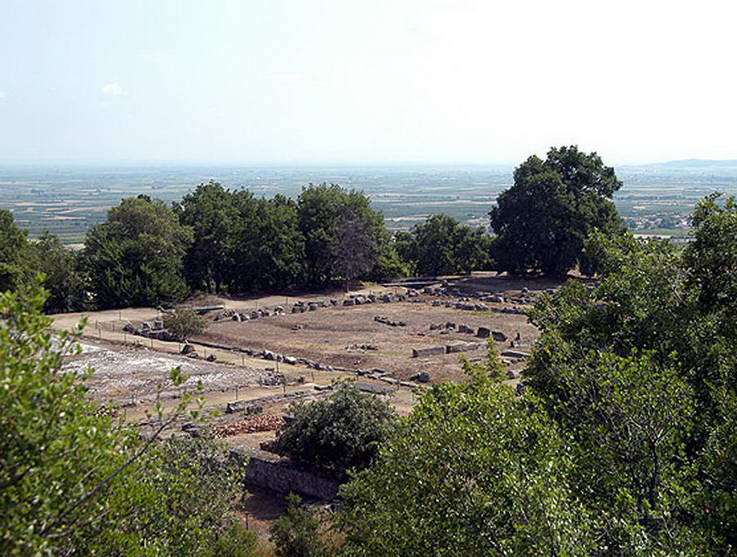 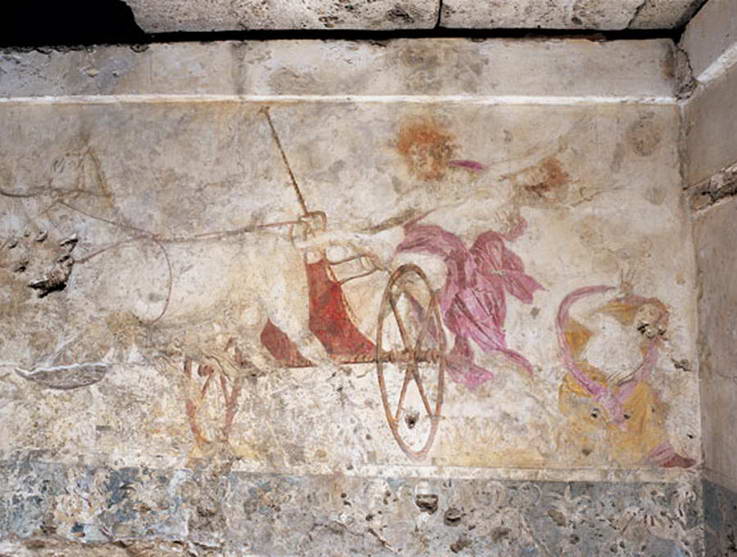 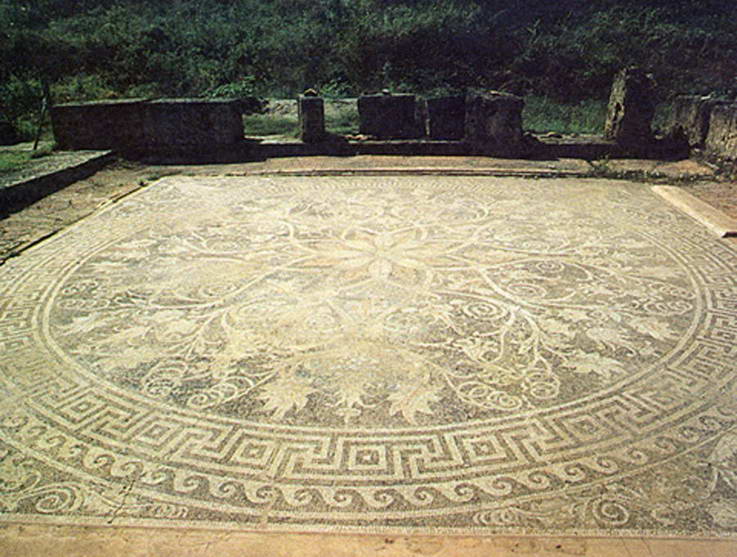 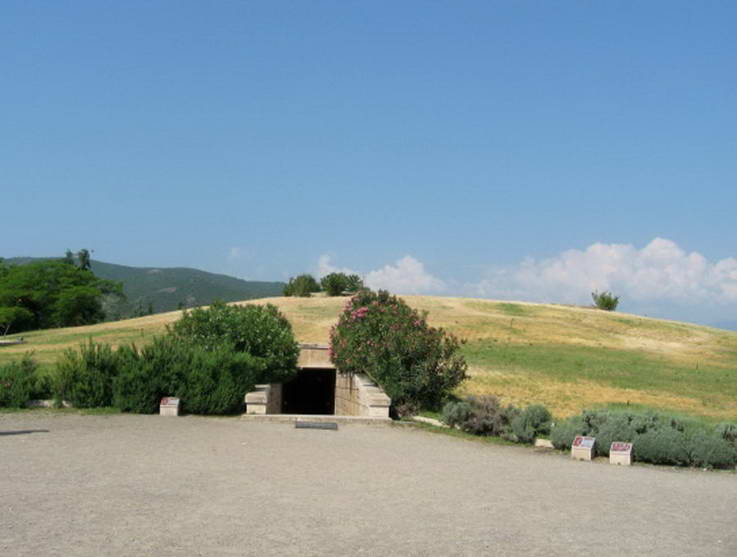 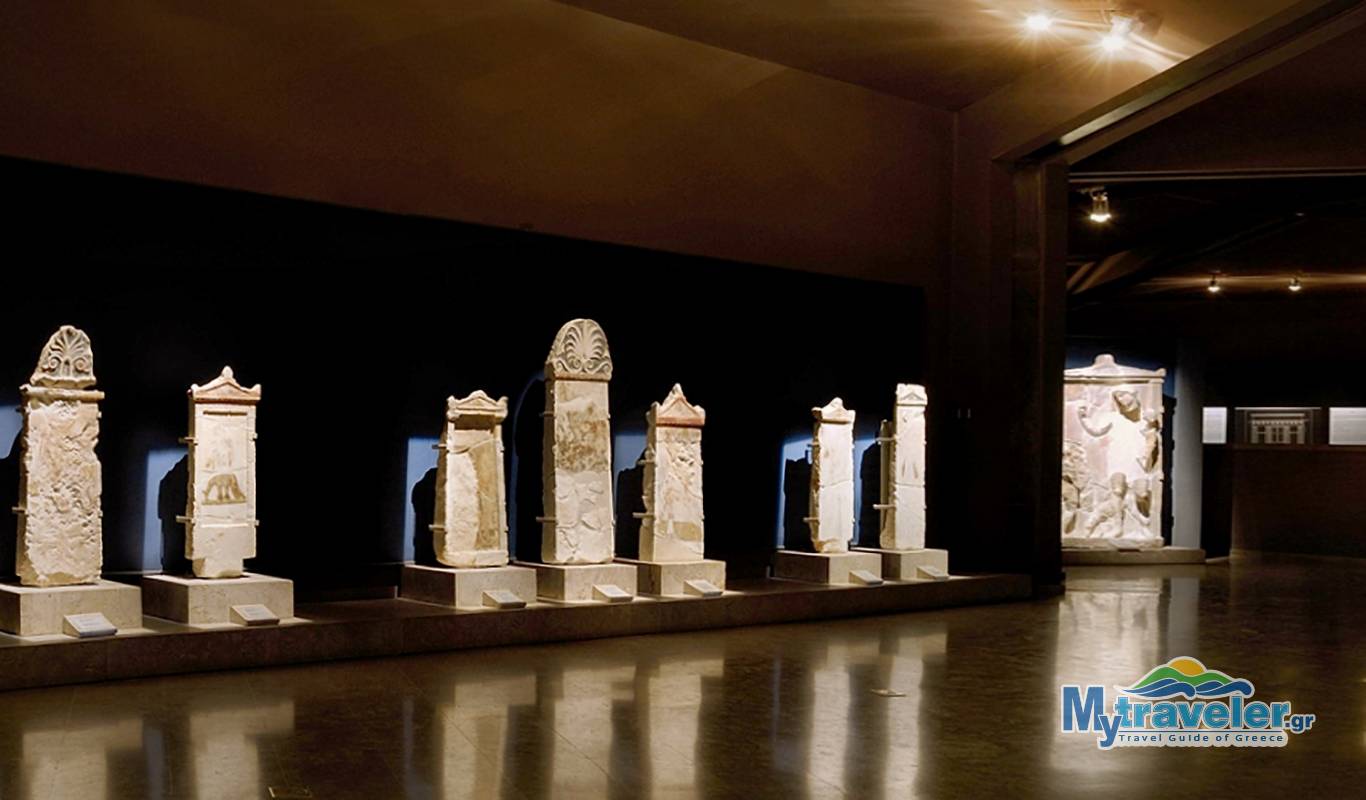 The ancient city lying on the north slopes of the Pierian mountains is securely identified as Aigai, the capital of the kingdom of Lower Macedonia. Archaeological evidence prooves that the site was continuously inhabited from the Early Bronze Age (3rd millenium BC) while in the Early Iron Age (11th-8th centuries BC) it became an important centre, rich and densely inhabited.


The most important monuments on the site are the following:

The royal tombs in the Great Tumulus. This group includes three Macedonian tombs and one cist-grave. One of them was the tomb of king Philip II and another probably belonged to king Alexander IV. These two graves were found unplundered and are lavishly decorated with splendid wall paintings, made by great and famous artists.

The royal tombs to the NW of the city. Two Macedonian tombs are included in this group, the so-called "Rhomaios Tomb", an Ionic, temple-shaped structure, dated to the beginning of the 3rd century B.C. and the "Tomb of Eurydice", which probably belongs to the mother of Philip II and is dated to ca. 340 B.C. To the same group also belong three cist-graves dating from the 5th and 4th centuries B.C., as well as four pit-graves of the late Archaic period.

The cemetery of the tumuli. This is the imposing necropolis of the Iron Age (11th-8th centuries B.C.), which includes more than 300 small earthen tumuli, constructed over clusters of burials which contained rich offerings.

The Palace and the Theatre. These two important monuments are parts of the same complex, dated to the 4th century B.C. The palace is organized around a large, central peristyle court and comprises a circular shrine (Tholos) dedicated to Herakles Patroos, and luxurious banquet halls for the king and his officers. One of these rooms includes a fine mosaic floor.


The temple of Eukleia. It lies to the north of the theatre and includes two temples of the 4th and 3rd centuries B.C., a monumental peristyle and a series of offerings among which two bases of the votive statues dedicated by queen Eurydice, grandmother of Alexander The Great.


The acropolis and the city walls. It is located on a steep hill to the south of the settlement. The fortification wall extends to the east of the city. Excavations on the acropolis have revealed parts of the circuit wall and Hellenistic houses in the enclosed area. The fortification of Aigai dates to the early Hellenistic period (end of 4th-beginning of 3rd century B.C.).