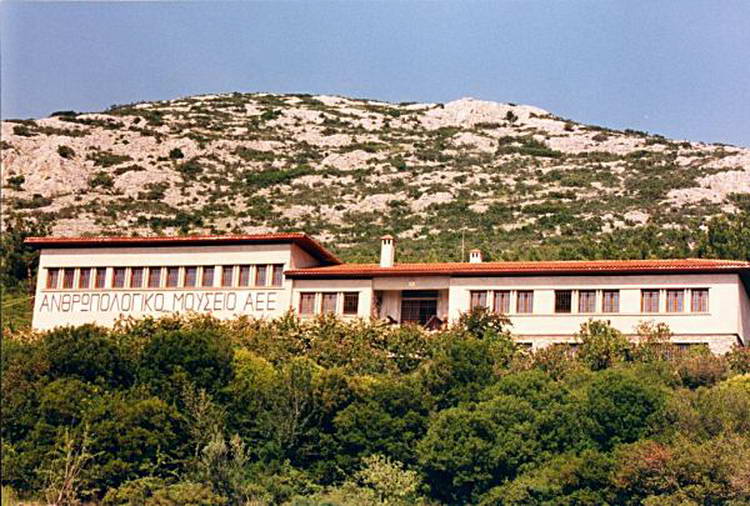 Petralona village is situated at a distance of 35km from Thessaloniki (old road connecting Thessaloniki and Nea Moudania). In a distance of 2km from the village, the famous cave and the anthropological museum are located. The museum was built in 1978 and it is funded owned by the Greek Society of Anthropology. The opening year of the museum was 1979. Its objective is to accent the findings of the Petralona Cave, the pre-historic civilization in Greek and globally. Finings represent the entire paleontological Greek era and include replica of archaeanthropous' (ancient-human) mausoleum of Petralona, the premier signs of fire ever discovered (from the 24th geological level of the cave which is aged more than 1 million years ago), the first stone and bone tools discovered in Nea Triglia of Chalkidiki (11 million years ago), findings from fields before the era of Nea Triglia caves originated from Evia, Ptolemaida, Aegio, other parts of Greece as well as Africa.

The museum is facilitated with a congress room, laboratories of geological and paleontological conservation and a library.