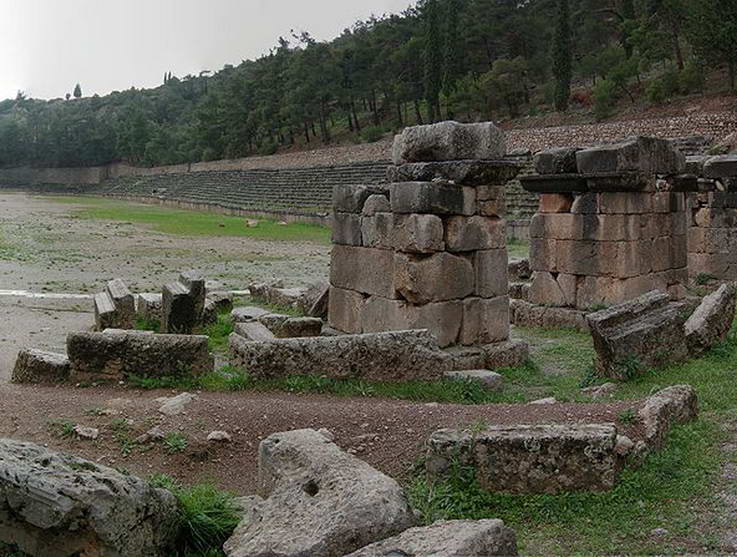 The stadium of Delphi is one of the best-preserved monuments of its kind. It is situated north-west of the theatre, above the sanctuary of Apollo, in the highest part of the ancient city. It was reached in antiquity, like today, by a path winding up from the theatre's left parodos. The stadium is closely connected to the history of the Pythian games, since this is where the athletic events took place.


The original stadium dates to the fifth century BC, as attested by an inscription in the south terrace wall, and had either wooden seats or no seats at all. The existing seats, made of Parnassus limestone - and not of white marble as mentioned by Pausanias, were built in the second century AD by Herodes Atticus, a wealthy Athenian sophist, together with the triumphal arch which decorated the entrance. The latter is a unique feature in ancient Greek stadiums.