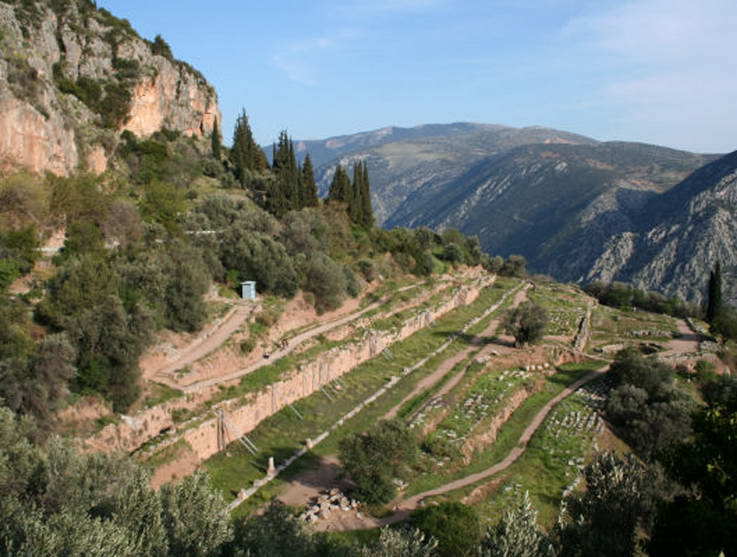 The remains of the gymnasium are on the steep slope between the Castalian fountain and the temple of Athena Pronaea. This is one of the most complete examples of an ancient gymnasium complex, which included the gymnasium proper, a palaestra and baths.


The gymnasium dates to the fourth century BC, but was rebuilt in the Roman period, when the baths were added to it. Originally it was used exclusively for training athletes. Track and field were practiced inside the gymnasium proper, with events like wrestling, boxing and the pankration taking place inside the palaestra. However, in the Hellenistic period the gymnasium became a centre for intellectual development and housed cultural events, including lectures by orators, sophists, philosophers and poets.

The tholos of Athena Pronaia