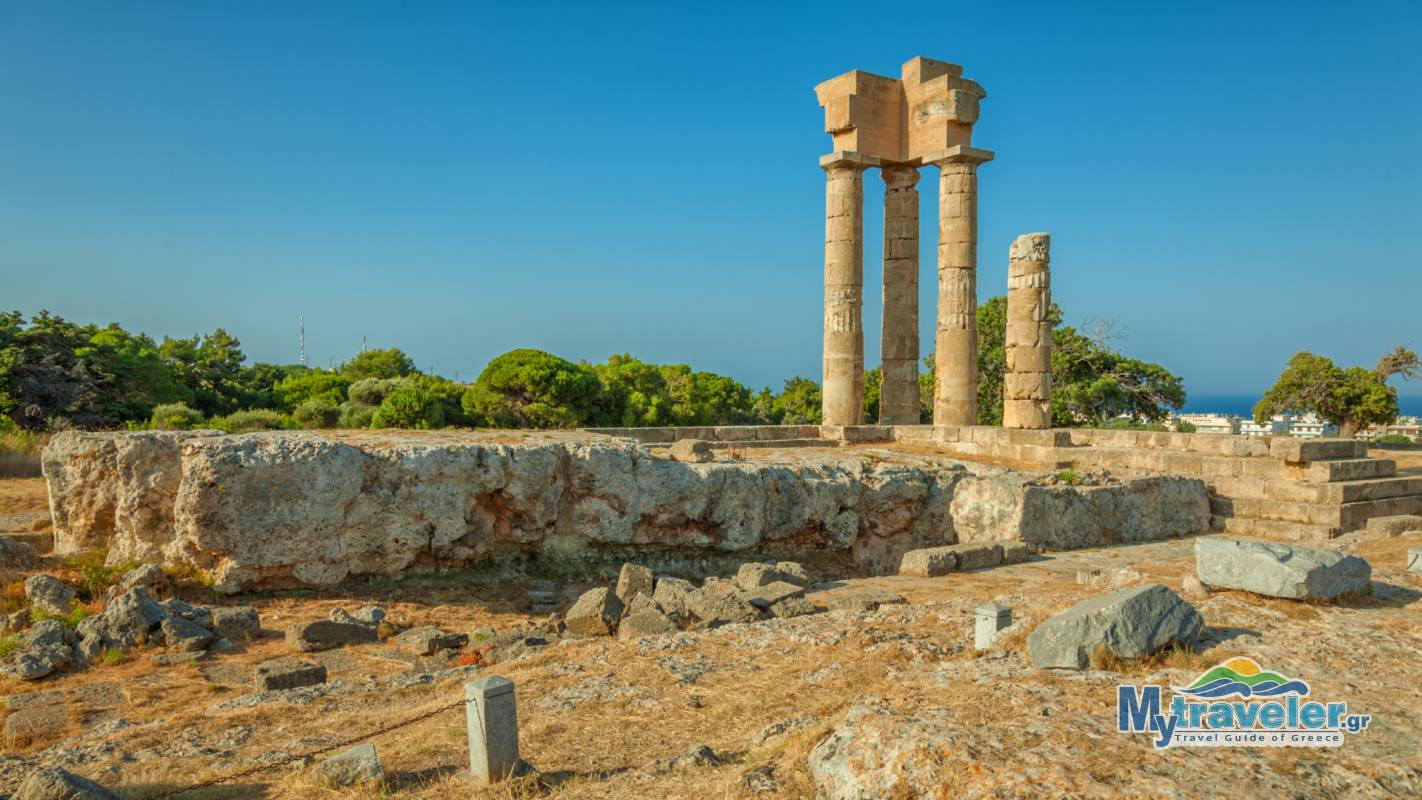 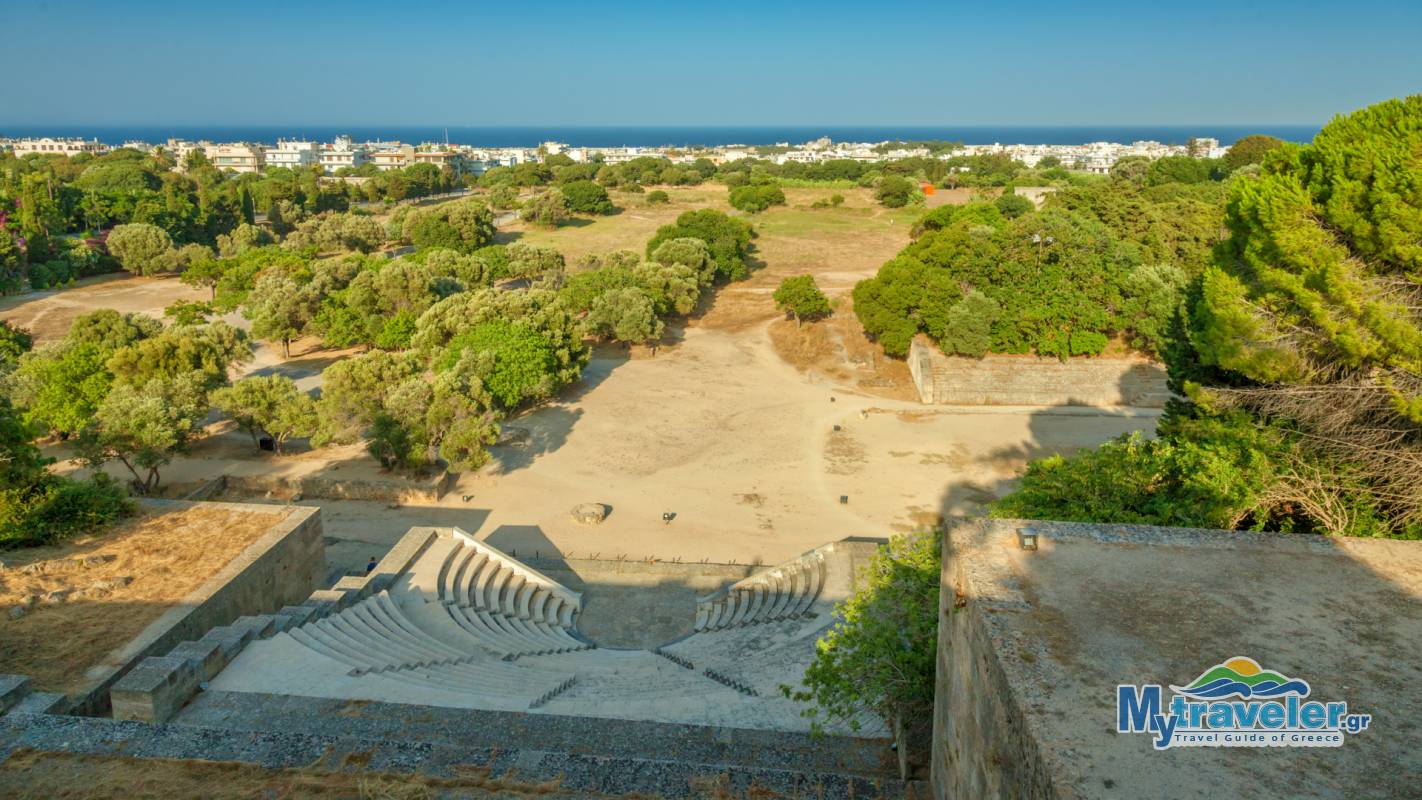 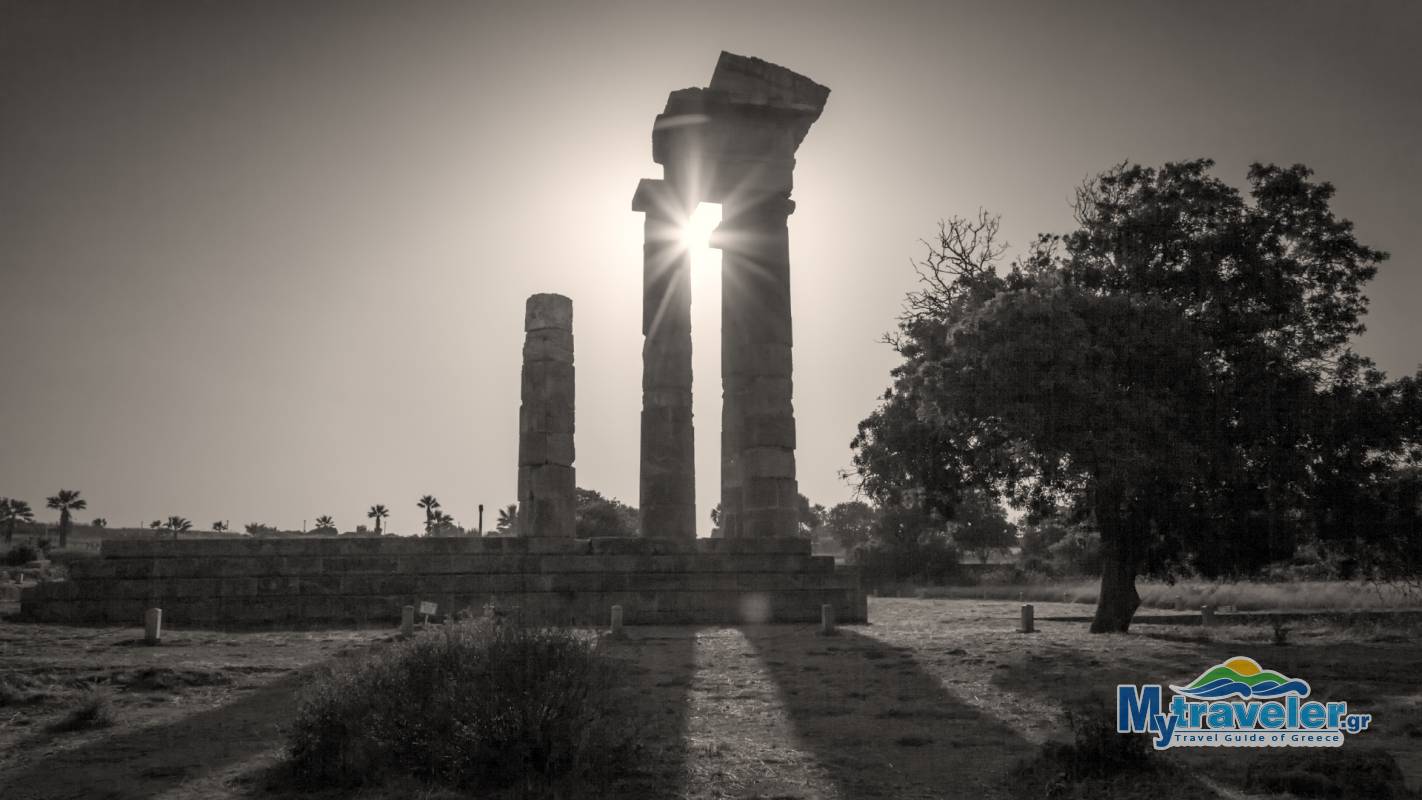 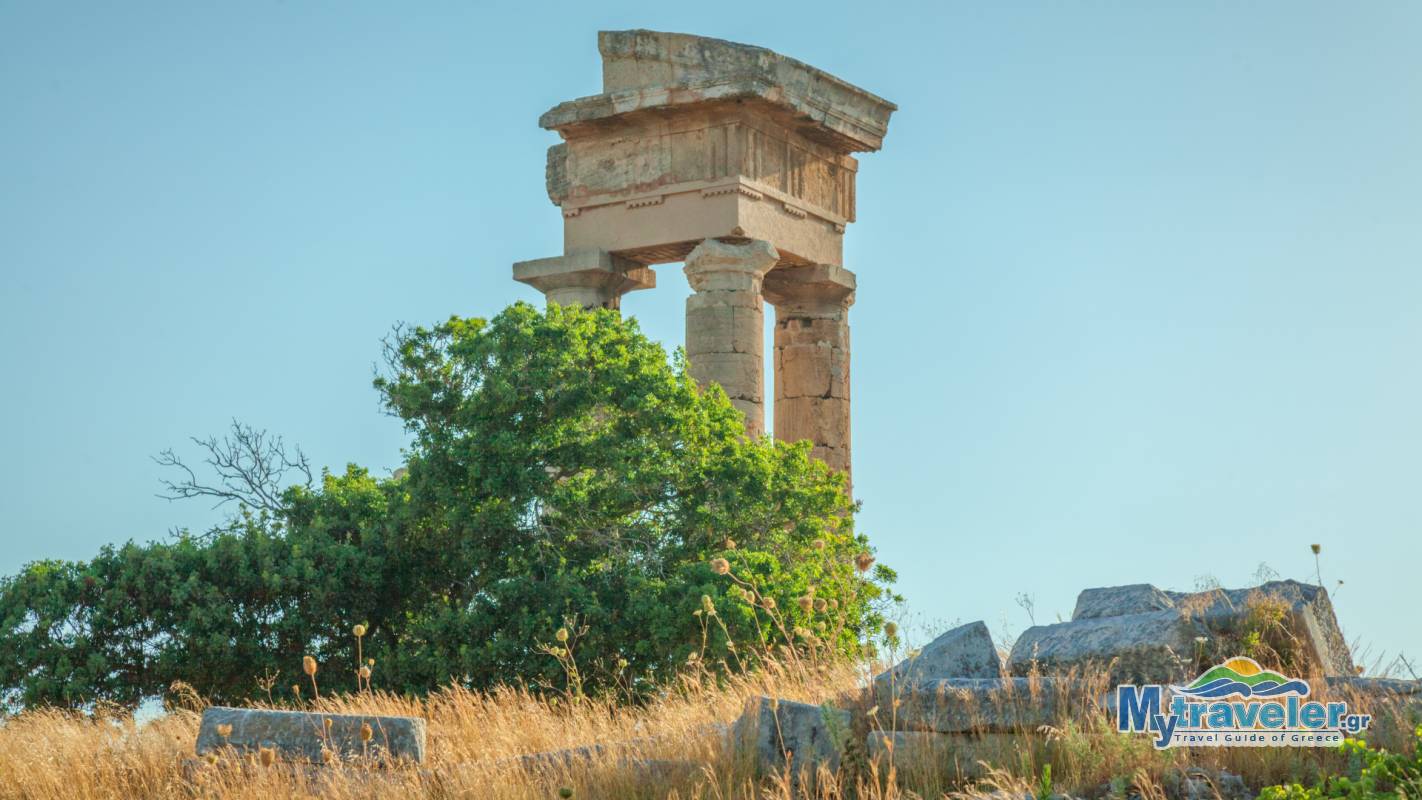 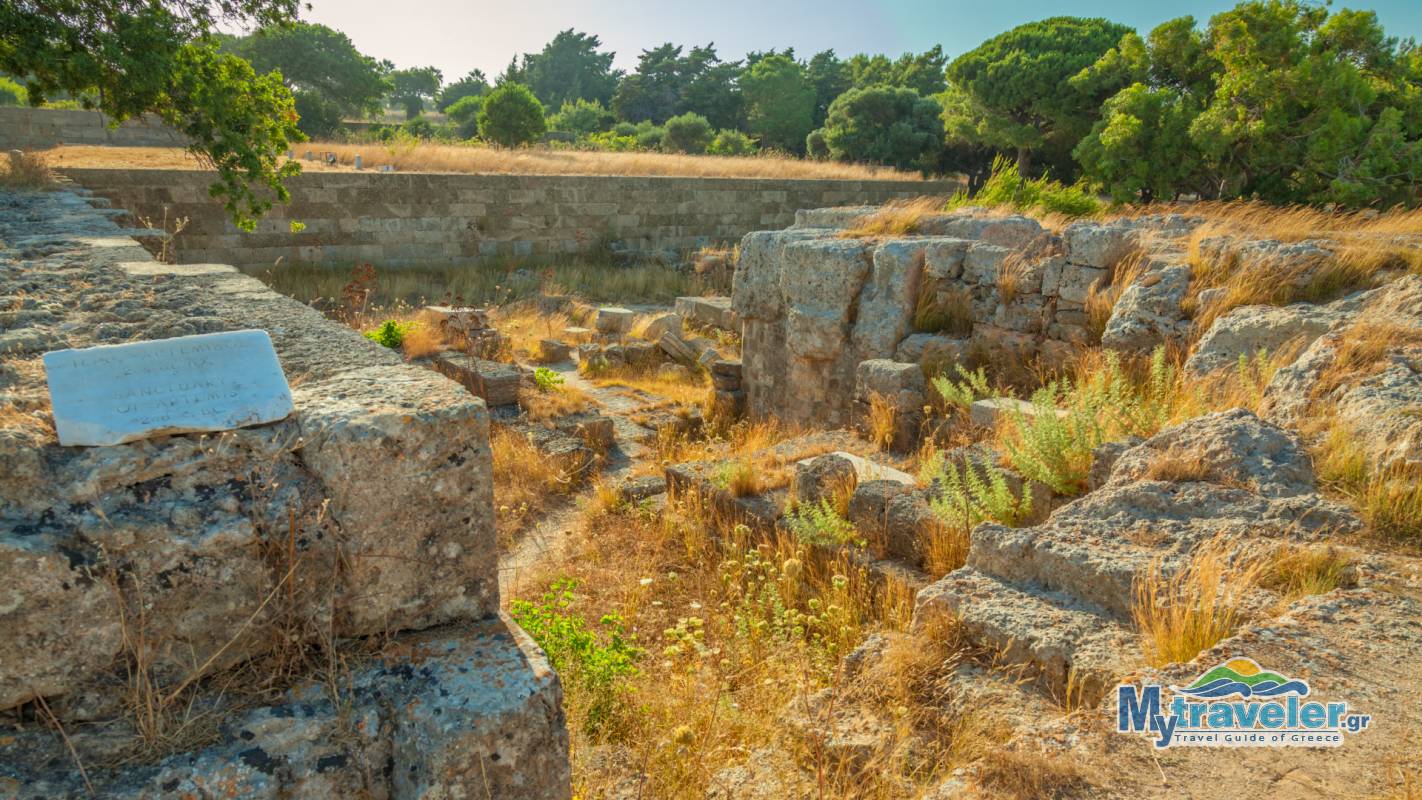 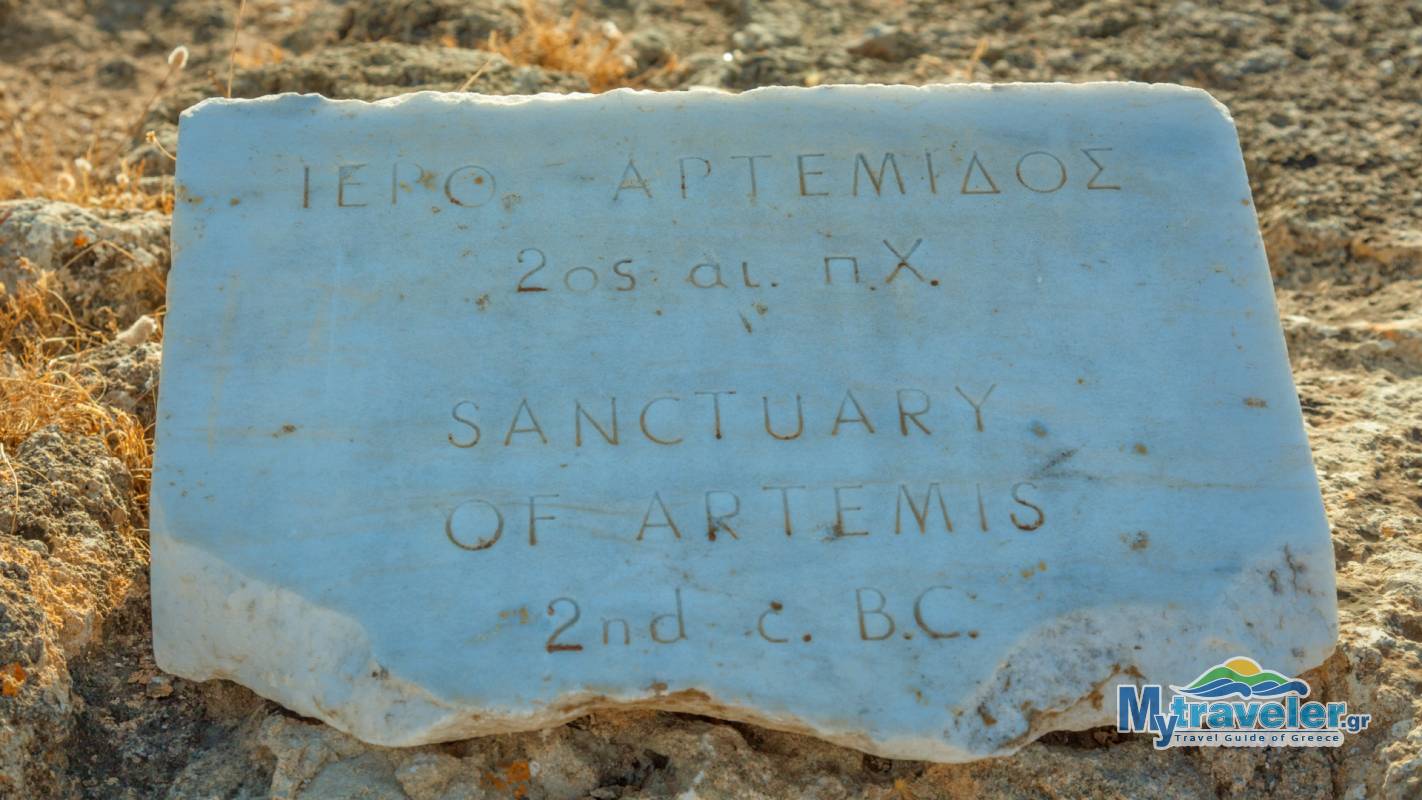 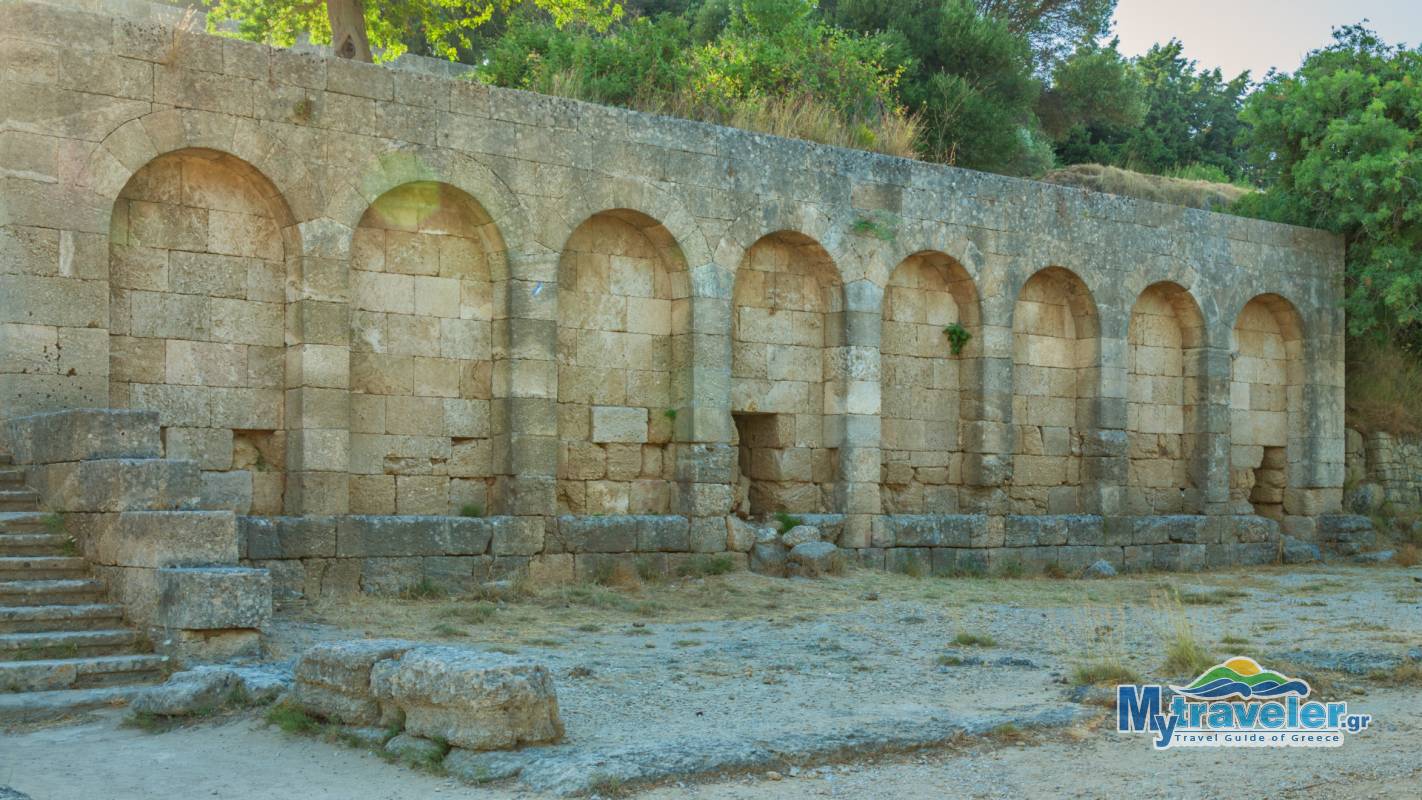 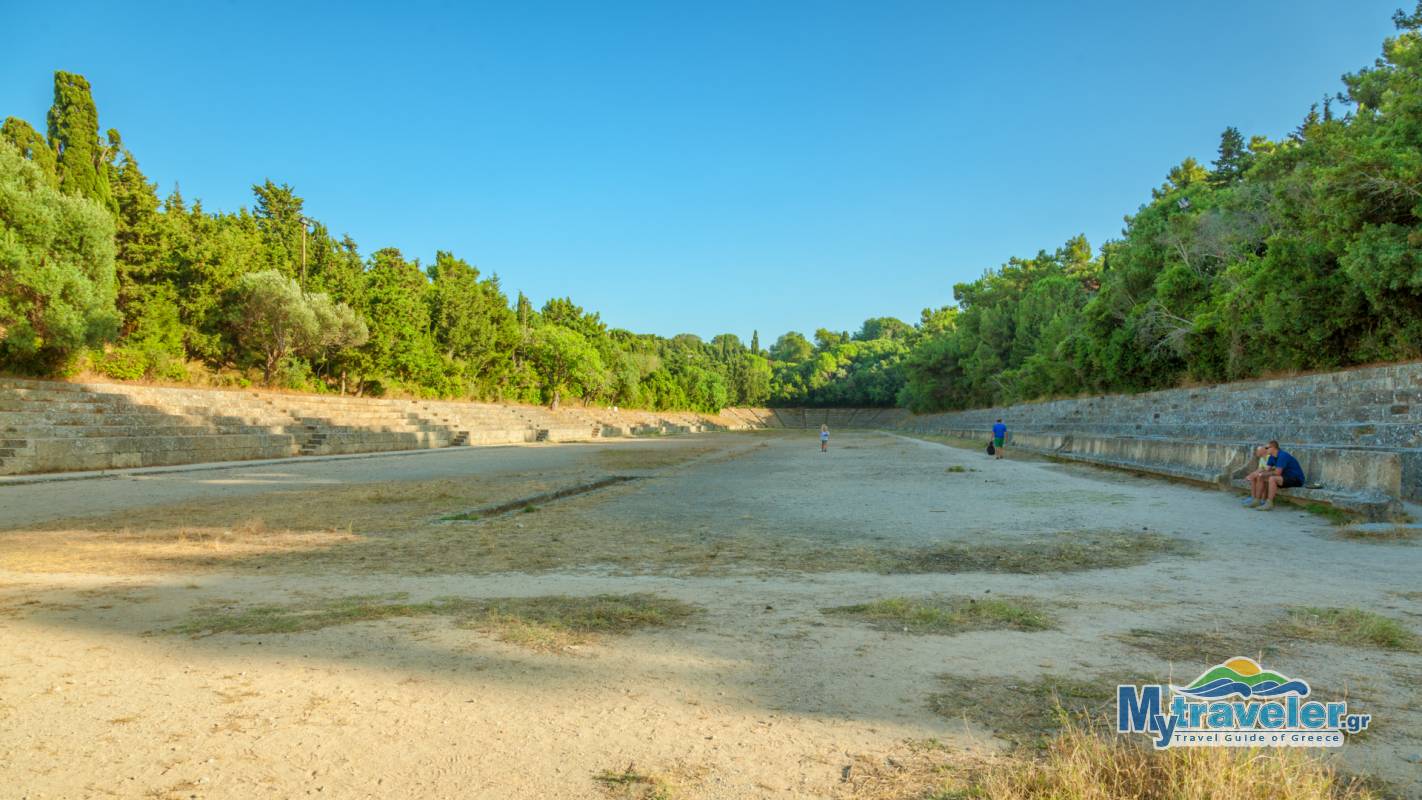 The Rhodes Acropolis dominated the western and highest part of the city. It was not fortified like most ancient acropoleis. It consisted of a monumental zone with Sanctuaries, large temples, public buildings and underground cult places. The buildings were built on stepped terraces supported by strong retaining walls. It was "full of fields and groves", in the words of the 2nd c. AD orator Ailios Aristides. The style of the Hellenistic architecture on the Acropolis of Rhodes was perfectly conveyed by the combination of natural beauty and artificial transformations. The buildings on the Acropolis date to the Hellenistic and Late Hellenistic periods (3rd-2nd c. BC).


The most important monuments in the archaeological zone are the:

Temple of Athena Polias and Zeus Polieus on the northern edge of the Acropolis. It is orientated E-W and was a poros Doric peripteral temple (having a columned portico on all four sides). Four oversize column drums and parts of a capital and architrave still to be seen on the site are an indication of its original monumental character. This was where the Rhodians kept the texts of their treaties with other states. The temple stood in a larger temenos bounded by a stoa on the east.

"Nymphaia". This is to the east and south of the wall of the stoa. It consists of four subterranean cave-like constructions cut into the rock with entrance steps, communicating passages and a large opening in the central part of the roof. There are recesses in the interior walls for statuettes. Water cisterns and lush vegetation complete the picture. They were places for recreation and worship.


Odeion. Northwest of the Stadium is a small restored marble Odeion. It held some 800 spectators and is thought to have been used either for musical events or for attending lessons in rhetoric given by famous Rhodian orators.

Temple of Pythian Apollo. This stands on the southern part of the hill, on the west side of a large rectangular terrace. It is orientated E-W. It was a poros peripteral temple, but smaller than that of Athena and Zeus. Part of the NE side had been restored with four columns and part of the architrave.


Stoa building. Today the foundation wall of a Stoa is preserved, which must have had an imposing facade visible from the lower town and harbour.

Artemision. On the NE side of the same terrace are the ruins of other places of worship, one of which is attributed to the cult of Artemis.

Stadium. The Stadium, with a N-S orientation, is on the SE side of the hill; it was excavated and restored by the Italians. It was one stadion in length, namely 600 feet or 210 metres. The authentic original surviving parts are the sphendone (rounded end with turning post), proedries (seats of officials) and some of the lower seats in the auditorium. Also preserved is the starting mechanism for the athletes.

Gymnasium. This is east of the Stadium. Part of the west side was uncovered in the past, and recently the NE corner was discovered under the modern refreshment pavilion. It was a large square building measuring some 200 m on each side. It was important for the works of art which it contained.

Library. There used to be a fine Library containing notable works of rhetoric, near the Gymnasium and the Odeion, according to an inscription found in the area.

Avenue of the Knights - Rhodes