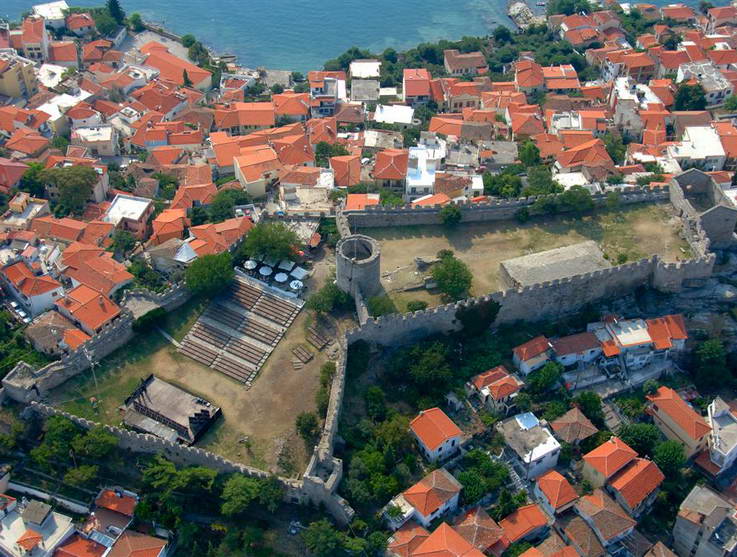 It stands on the top of the rocky headland of Panagia and overlooks the modern city. It was built at the beginning of the 15th century at the site of the Byzantine acropolis which was destroyed in 1391. It contains all the typical defensive structures, that is the bastion, the water cistern, the storehouse for military equiment (later used as a prison), a guard's house and the circular tower which was preserved from the Byzantine period.


This part of the medieval wall of Kavala, built in many architectural phases, encloses the rocky headland of the traditional settlement of Panagia of Kavala.