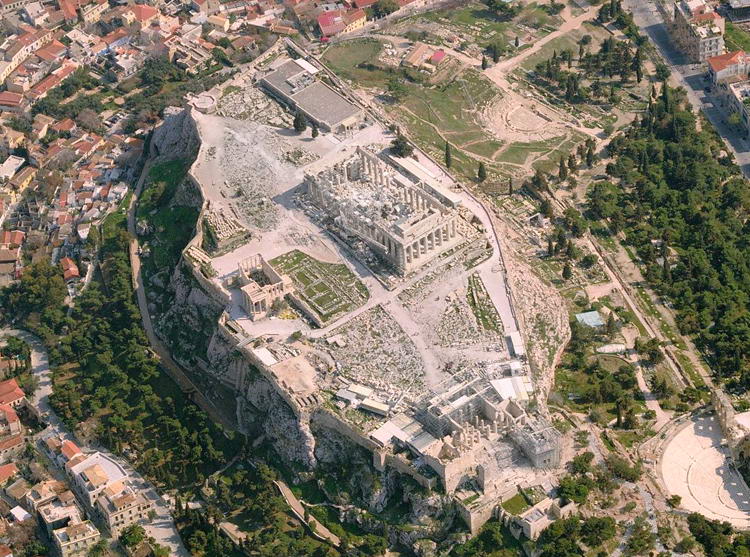 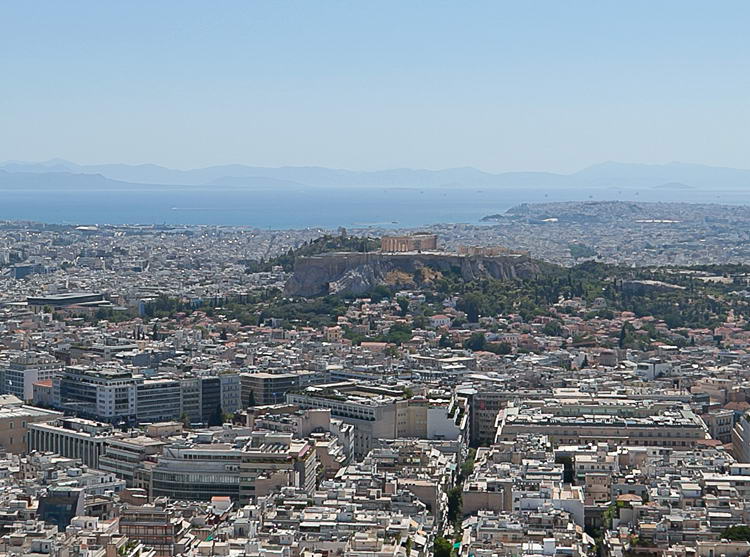 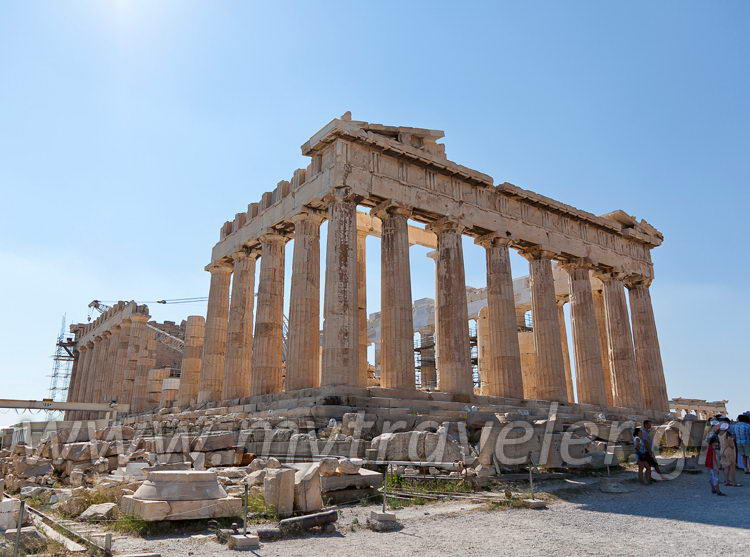 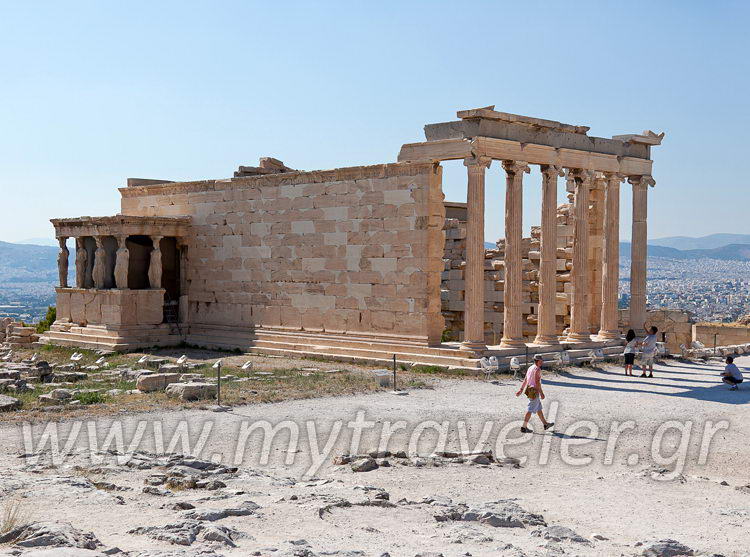 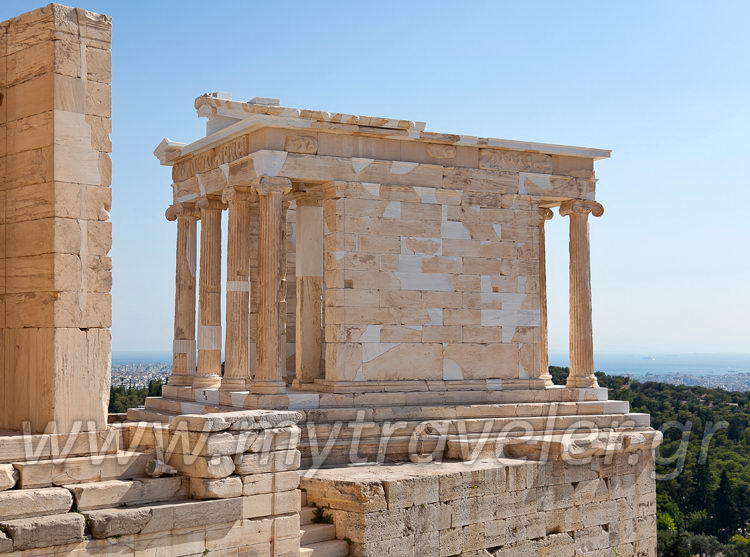 The greatest and finest sanctuary of ancient Athens, dedicated primarily to its patron, the goddess Athena, dominates the centre of the modern city from the rocky crag known as the Acropolis. The most celebrated myths of ancient Athens, its greatest religious festivals, earliest cults and several decisive events in the city's history are all connected to this sacred precinct. The monuments of the Acropolis stand in harmony with their natural setting. These unique masterpieces of ancient architecture combine different orders and styles of Classical art in a most innovative manner and have influenced art and culture for many centuries. The Acropolis of the fifth century BC is the most accurate reflection of the splendour, power and wealth of Athens at its greatest peak, the golden age of Perikles.


The sacred rock is approached from the West through the Beule gate, one of the two gates built after the third century AD Herulian invasion, or through a small door under the temple of Athena Nike. The visitor then approaches the Propylaia, the monumental entrance to the sanctuary, built in Classical times by architect Mnesikles. The temple of Athena Nike, built c. 420 BC by Kallikrates, dominates the bastion to the south of the Propylaia. Near the temple was the shrine of Aphrodite Pandemos, of which only part of the epistyle is preserved. Opposite the north wing of the Propylaia is a tall rectangular pedestal known as the pedestal of Agrippas, because it once supported an offering by the city of Athens to Marcus Agrippas, son-in-law of Augustus.


Through the Propylaia one enters the sanctuary proper with its great masterpieces of ancient Greek architecture built primarily in the fifth century under Perikles. The Parthenon, the hallmark of ancient Greek civilization, is indeed the most imposing of all. Dedicated to Athena Parthenos, it was erected under Perikles replacing two earlier temples dedicated to the same goddess. Between the Parthenon and the Propylaia, along the south wall, carved on bedrock, are the traces of two buildings of the fifth century BC, the Brauronion, a shrine dedicated to Artemis Brauronia, and the Chalkotheke, a building that once contained votive offerings of bronze. East of the Parthenon is a small circular temple of 27 BC, dedicated to Augustus and Rome. At the highest point, on the east side of the hill, carved on bedrock, are the traces of the shrine of Zeus Polieus, while the current museum occupies the site of a shrine dedicated to the local hero Pandion. On the north side of the hill is the Erechtheion, the Ionic temple of Athena and Poseidon-Erechtheus with its famous porch of the Karyatides. Along the south wall of the Erechtheion are the foundations of the ?Old Temple?, the sixth century Doric temple of Athena Polias, destroyed by the Persians in 480 BC, repaired and finally burnt down in 406 BC. Northwest of the Erechtheion, along the north wall of the Acropolis, is the Arrhephorion, a small square building where the Arrhephoroi lived. These young women weaved the peplos of the goddess for the Panathenaic festival and took part in initiation rituals.


The sacred rock was dedicated to the goddess Athena but its slopes were taken over by various other cults. A number of caves on the precipitous northern slope were used as shrines and were approached by a peripatos, or path, one kilometre long, which surrounded the rocky crag all the way to the southern slope with its many shrines and other important monuments.