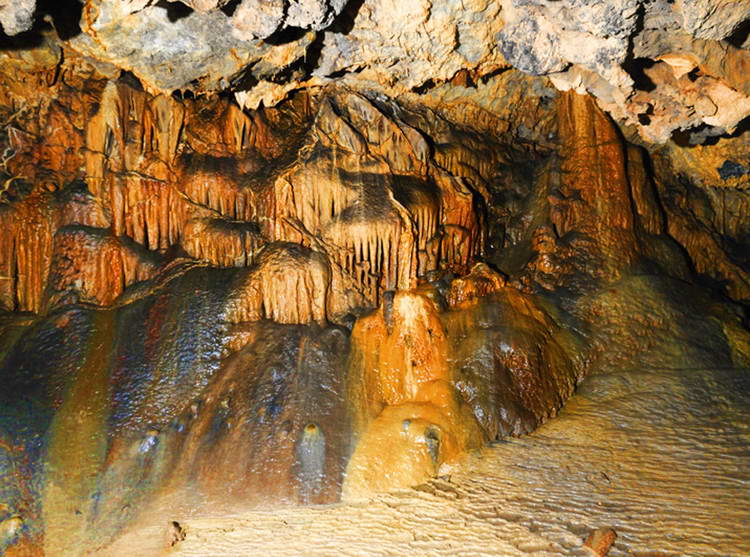 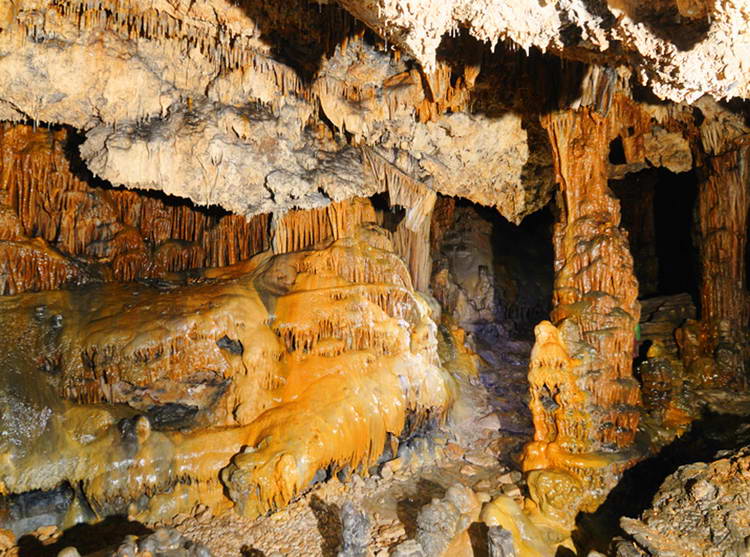 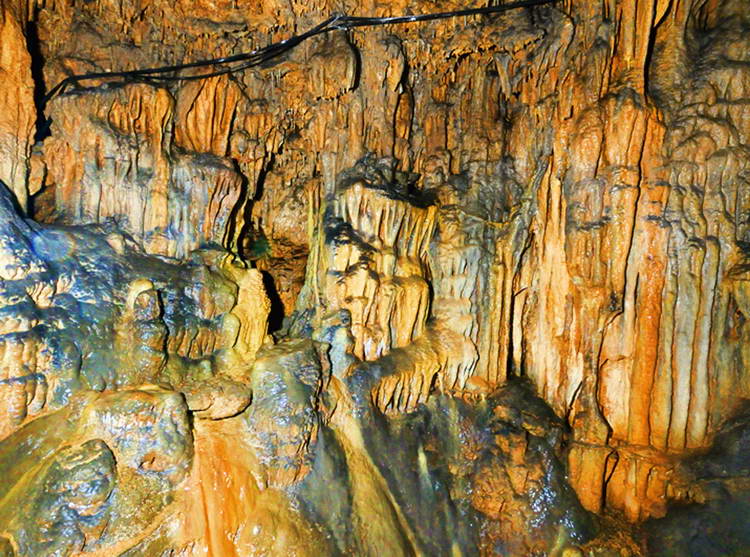 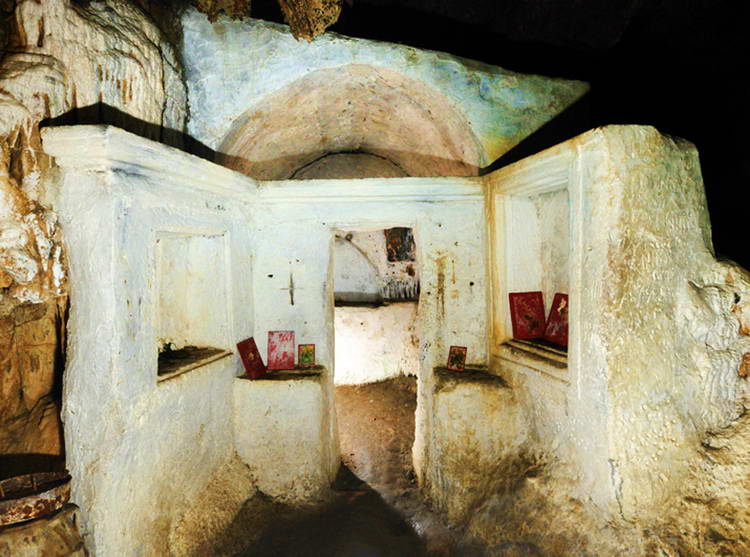 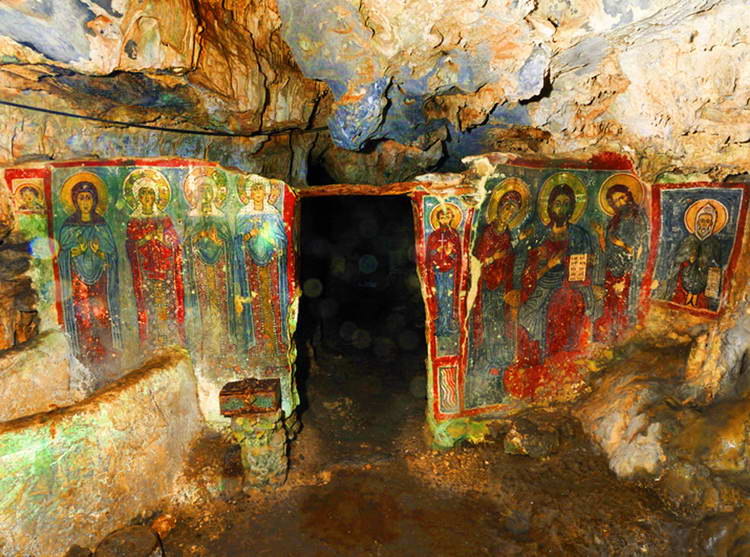 The cave of Saint Sofia is one of the three known caves in the area of KYTHERA. The other two, also known as Caves of Saint Sofia, are in Kalamos and Agia Pelagia.


However this cave is far more interesting and the only one organised as a tourist attraction.


The cave became generally known in 1930, when Ioannis Petrohilos, made the first systematic attempt to explore its interior. In 1970, his wife, Anna Petrohilou has finally developed and analytically mapped the interior of the cave.

The size of the cave is 2200 square meters and the distance from the beginning to the end is 500 meters, whereas the tourist route is 250 meters. The cave is 60 meters above the sea level and 20 metres deep in the ground.


In this cave we can see various formations of stalactites and stalagmites and colours that vary from white to black and different shades of red. The different colours are a result of the metallic ingredients and chemical constitution of the area.